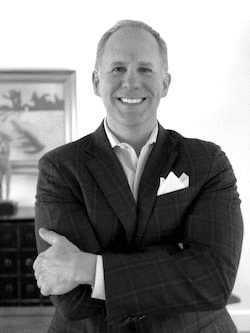 Clients invariably describe Mr. Jehl as a natural listener and empath, and a strong figure to have in their court during difficult and confusing situations.

Mr. Jehl began his legal career by representing a number of Fortune 500 and other publicly traded companies including: Wal-Mart, Circle K, Archer Daniel Midland Group, Grand Casinos, and John Deere. After a number of years working with these companies and numerous victories in both jury and non-jury trials, he was hired by Wilkes & McHugh, P.A., a Tampa-based, national law firm. During his 13 years there, Mr. Jehl established and grew its Tennessee office from a single attorney practice into a multi-attorney law firm.

In 2013, Mr. Jehl went on to open the Jehl Law Group, PLLC where he has continued to fight to protect the rights of the elderly. During his career, he has obtained judgments and settlements for over half a billion dollars. More recently, Mr. Jehl obtained a $30 million award against a large out-of-state nursing home conglomerate, a trial that was featured in The New York Times.

Mr. Jehl was born and raised in Memphis. His interest in law began while he was in college at the University of Westminster, London (previously the Polytechnic of Central London). While there, he made many connections within British Parliament. The experience, combined with his childhood memory of witnessing his father’s struggles as a small business owner dealing with burdensome regulations, sparked his early interest in law.

After returning to the U.S., Mr. Jehl received his Bachelor of Science in advertising at the University of Mississippi in 1993, then earning his Juris Doctorate from the University of Memphis in 1997. There, he was a founder of the Tennessee Journal of Practice and Procedure.

Additionally, Mr. Jehl has been on the Tennessee Trial Lawyers Association Board of Directors since 2008, and is recognized as one of America’s Premier Health Care Lawyers. Outside of the courtroom, he is sought-after for his perspectives on elder law and nursing home-related issues, and has contributed to both local and national news outlets. Mr. Jehl also regularly advises people and organizations within the community on various nursing home abuse and neglect-related issues.

We are an equal opportunity employer and we do not discriminate on the basis of age, sex, gender, sexual orientation, etc.