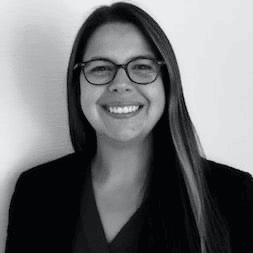 Clients and their families describe Ms. Acerra’s depth of knowledge and zeal at advocacy in the courtroom, while colleagues endorse her skill in nursing home, arbitration and corporate liability issues – readily referring complex cases to her.

Ms. Acerra has been selected as a Thomson Reuters Super Lawyer for every year between 2016 and 2020, with special recognition of her services to clients in personal injury cases. Her trial successes include a $30 million verdict against a Memphis nursing home and its owners, where she pierced the nursing home’s corporate veil and obtained the first verdict in the nation against the individual owner, a feat so unique it was featured in The New York Times.

Ms. Acerra has worked closely with the Tennessee legislature on issues of elder abuse and neglect, protection of Constitutional rights, corporate liability and COVID-19 legislation, to ensure the rights of Tennessee’s most vulnerable citizens are protected. She is currently working with the Women’s Caucus of the American Association for Justice to lobby the U.S. Congress to enact the FAIR Act against forced arbitration, and for transparency and accountability in the delivery of nursing home care.

Prior to attending law school, Ms. Acerra worked in the legal field as a paralegal and secretary for several firms that had experience in medical malpractice, insurance defense, domestic relations, labor law, and general tort litigation.

Passionate about cultivating the legal professionals of the future, Ms. Acerra is also an interviewer for the Tennessee Bar of Law Examiners, helping admit qualified new professionals into the sector and ensuring that robust standards of practice continue to be met in the state. In 2018, she coached the first ever team from the University of Memphis Cecil C. Humphrey School of Law in the Regional American Bar Association’s Arbitration Competition.

Licensed to practice law in Tennessee, Kentucky and Pennsylvania, Ms. Acerra is a member of the Memphis Bar Association, multiple state bar associations, and the American Association for Justice.

We are an equal opportunity employer and we do not discriminate on the basis of age, sex, gender, sexual orientation, etc.
This site is protected by reCAPTCHA and the Google Privacy Policy and Terms of Service apply.
Please do not include any confidential or sensitive information in a contact form, text message, or voicemail. The contact form sends information by non-encrypted email, which is not secure. Submitting a contact form, sending a text message, making a phone call, or leaving a voicemail does not create an attorney-client relationship.